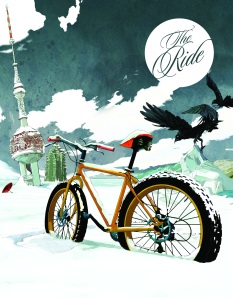 We have got the new issue of The Ride- I had a quick thumb through this morning and came across an article penned by none of than the racer, Michael Barry…I had no idea that he and Camille had a feature in the new magazine, and it is purely by coincidence that I was writing about them pair of them yesterday…the article features a few of Camilles’ snaps which are magical to say the least.

He had a wonderful shop and had many builders work for him. I found these pictures on his sons’ blog of the old shop as it is now.

I also found this lovely images from the 70’s/80’s of one of his builders at work. 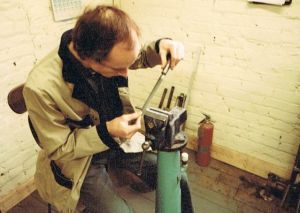 Apparently Michael Barry senior has one of the most coveted collections of classic bikes in the whole wide world. If you fancy exploring his collection and finding out more about this intriguing gentleman, then check out his blog here…

My mate Uldis (Karklins) is over in Gran Canaria riding at the moment. He used to ride for Latvia. I am not sure who he is riding for now, but Gran Canaria is a bit of a winter mecca for roadies. He posted these pictures from one of his rides yesterday (I am sure he won’t mind me sharing them).

As I mentioned earlier I went out and put some miles in yesterday as well.

I stopped by Greggs in Enfield, in the rain, for a Cinnamon Swirl and a cup of tea.

It must be nice being a pro. I am not that keen on Greggs and Gran Canaria looks nice.

The clue is in the title. Tonight it’s The Ride Issue 5 Launch Party. The launch will be taking place at Look Mum No Hands down on Old St.

Tonight, for one night only

Go down and get a copy, it’s a charming read.

Robs good mate Camille is a photographer and a bike guru. Last year he released a book alongside Michael Barry called Le Metier.

Michael Barry is a pro rider, and it would be fair to say a pretty famous one at that. He is one of the most accomplished riders to hail from Canada. He rides for the Sky Team at the moment (I won’t hold him personally accountable for the atrocious quality of the replica kits this year). 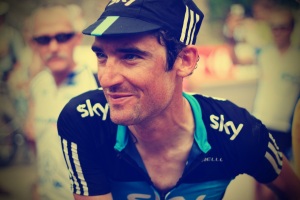 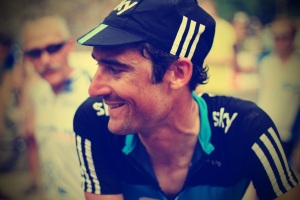 Michael isn’t recognized for his cycling skills alone, he is in fact also an accomplished and critically acclaimed writer. He has wrote several books including one about his experiences riding with the US Postal team. He has also had countless essays and articles published over the years, many of which have been printed in The New York Times.

Oh and the reason I even got onto talking about the book is because last week a bloke came in and Rob got chatting with him, and it turned out he had a bike shop back in Canada. Anyway as it transpires this bike shop owner was none other than Michale Barrys’ father.

Rob said he was a really nice guy. I bet he is really proud. I reckon parents are more proud of our achievements than we are. Not that I have any major sporting achievements, but if I did I reckon my mum and dad and sister would be beaming.

For me the hour is the best race of them all. Nothing quite competes with it. Every rider that does it seems to consider it the worst, the hardest and the most grueling of all challenges. It crushes those who do it. And this to me makes it the greatest accolade of all.

Yesterday I went out for a ride. It’s not often a manage to get a good days riding in during the week, so whilst I was basking in my mid week glory I got to thinking about professional cyclists and how they spend every day out riding.

I then got to thinking about Victoria Pendleton. I have seen her ride on Velodrome in Manchester and it’s a sight to behold, she’s a powerhouse.

I think she should do the Hour. And get the title. A French woman has it at the moment.

I know you are reading this Miss. Pendleton, and if you do it Sargent and Co will sponsor you. Well maybe not sponsor you as we are skint, but I have a big mouth and I will cheer really loud.

The most depressing week of the year

Apparently this is the most depressing week of the year.

It must be true. It’s been rammed down our throats by the T.V, the radio, the newspapers, you can’t turn without being faced with a barrage of gloomy news.

Robs friend is having a party to celebrate not feeling depressed. That’s the spirit I say. It’s like Dunkirk all over again, all coming together against the face of adversity.

Robs friend, Jean-Marie is French. He is the one having the party. I wonder if any Germans will come.

Rob has been been taking saucy snaps late at night- all dark and mysterious ,just flashing a bit of top tube….

Posted in Around the shop